THE ‘ELECTRONIC ERA’ HAS BEEN EXTREMELY LUCRATIVE FOR INSIDERS! 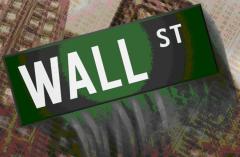 During an interview on the Alex Jones radio program Max Kaiser, former Wall Street trader, explained some of the ongoing criminality and thievery that occurs on Wall Street every day.

Recent evidence of this ongoing skullduggery:

A technical glitch at a major Wall Street brokerage of stock trades caused wild swings in a number of stocks shortly after markets opened.

The malfunction occurred at Knight Capital, one of the largest processors of stock trades.

The company said in a statement that a ‘technology issue’ had occurred in its market-making unit related to the routing of shares of about 150 stocks to the New York Stock Exchange.

Joe Saluzzi, co-head of trading at Themis Trading told FoxBusiness.com: ‘The [algorithms] went nuts this morning. Someone has a major, major problem on their hands.’

CNBC reported that such algorithms are developed by major brokerages that buy and sell stock in accordance with formulas and market situations.

Not everyone agrees with the practice.

Phil Silverman, managing partner at Kingsview Capital, told CNBC: ‘This algorithmic trading is kind of out of control. It seriously hurts investor confidence.’