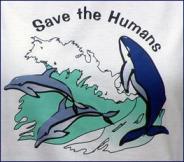 We are under attack by a cabal of Robber Barons that are seeking global domination. The war they are waging is being executed by stealth. They use ‘silent weapons’ against us, our friends, our neighbors and our families.

Unless we can understand the ‘rules of engagement’ we will find ourselves entrapped in a system of slavery designed to destroy our individuality and deplete our natural energy. Our ‘enemy’ deludes themselves into thinking that we are consenting to becoming their slaves, while the vast majority of the population has absolutely no idea they are under attack.

There is an important factor working in the people’s favor. The “Rational Choice Theory”[i] of behavior modification – that is being used against us – is built on a fallacy i.e. a house of sand. It was designed by paranoid schizophrenic John Nash. John believed that “Human beings will always betray you. You can only trust the numbers . .  .”[ii] However, a new discipline called Behavioral Economics has been studying whether people really do behave as the simplified model says they do. Their studies show that only two groups in society actually behave in a rational self-interested way in all experimental situations: one is economists themselves and the other is psychopaths.” Alex Abella, who did his best to expose the RAND Corporation’s role in implementing the “Rational Choice”  model, admitted that there are two things that are adversarial to the ‘elite’ Robber Baron’s agenda: patriotism and altruism.[iii] Therefore, two of the most important weapons we have in this “Quiet War” are our commitment to our fellow Americans (who are being victimized whether they know it or not) and our ability to perform random acts of kindness. And neither can be quantified by a computer program.

But possibly the most important way to protect ourselves from the destructive influence of the Rational Choice model is to recognize that the accumulation of money and stuff is not what life is really about. Don’t let their ‘system’ continue you to bribe you. Do the right thing! Because sooner or later we will all die, that is a certainty.  When our moment comes, will we be able to say to ourselves that we lived our lives as men/women of honor or not? Did we help better humankind or help destroy it?