Using the ‘law merchant’ to protect ourselves from harm

By AL Whitney © copyround 2017
Permission is granted for redistribution if linked to original and AntiCorruption Society is acknowledged.

We have been exposing the commercial nature of our government and legal system for several years. In fact we recommended using a legal notice for smart meters in the Lawfully Yours guide since it came out in 2014. So, it is exciting to see this concept advanced by others, like the InPower Movement.

Here is an article by Dr. Joseph Mercola regarding this effort: https://anticorruptionsociety.files.wordpress.com/2017/09/inpower-a-mass-action-of-liability.pdf

The more folks begin to understand that we call government today is just an interlocking franchised network of corporations engaged in commerce – the sooner we can restore some sanity to our poor exploited planet.

The Truth About Smart Meters

CAN’T REALLY BE TOTALLY UNDERSTOOD WITHOUT FOLLOWING THE MONEY TRAIL

A researcher extraordinaire in British Columbia did exactly that and shared what he discovered in a great presentation he did on April 15, 2012.

The following aspects of the smart meter agenda were covered:

Smart Meters and wireless communications are neither ‘smart’ nor safe!

THIS MAY BE ONE OF THE MOST IMPORTANT VIDEOS YOU HAVE EVER WATCHED!

Lies and truths about Smart Meters

NEVER TRUST A POLITICIAN OR A CORPORATION WHEN IT COMES TO SCIENCE!

POINTS MADE IN THIS VIDEO

It is important to understand that humans thrive in a very specific frequency range – see Schumann Resonance below!

The Schumann Resonance clip is from a very important film on this topic called,
Resonance – Beings of Frequency. It can be viewed for free at:
http://topdocumentaryfilms.com/resonance-beings-frequency/

Here is a handout to help educate others. It refutes nearly all of the claims that Obama and others are making about Smart Meters: Handout

For even more info on this topic, click on the “Smart Meter” tab of this web site. 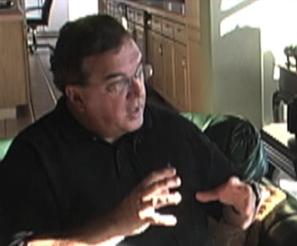 Smart meters are the latest technological imposition of utilities generating power to force with no option to opt out a system of control of billing power consumption of consumers at peak energy time rates.   This should come as no surprise, but Smart Grid is an Agenda 21 population control Carbon Tax based population TAX !  There is no Federal Law mandating Smart Meters, and even if there was it would be between the Utilities and Federal Regulators and cannot include a non-contracted third party, the consumer.   It violates the Federal Wiretapping Laws and clearly builds databases for sale of private information of power usages with the electrical signature of every appliance and time use in the home.   This is powerful marketing and control data in the hands of control-freak bureaucrats and marketing gurus.Smart Meters thus have two primary areas of contention. First, they are a bold invasion of privacy and purport to have authority to gather data and modify behavior and consumption patterns of unwitting power consumers and market data to third parties and government and policing agencies.   Second, they are a Class 2b Carcinogen even by WHO standards, and the mountain of toxic data is mounting that Smart Meters are thousands of times more toxic than even cell phones, causing cancer, insomnia, and numerous medical problems.   The biological basis is energy transferred to cell membranes and molecules that open calcium and other ion channels and disrupt the non-covalent Van der Waals hydrogen bonds that hold the fragile double helix of DNA intact and cause 4D enzyme active site disruption with disturbed enzyme KMax and nutrient-enzyme interactions and cellular communications.

Utilizing an advanced ElectroSmog Electropollution Detector from Germany HF 35C 800 MHz – 2500 MHz, the Smart Meter from SDG&E placed on my home without notice Nov 2010 was tested last week. Sempra Utilities SDG&E’s Smart Meter produced a burst of ELF microwave radiation 1000s more powerful than a cell phone call at greater than 2000 uW/meter squared power levels every 5 to 15 seconds throughout the day and night.   This meter is 10 feet from my studio broadcast desk.   Testing beside my wife’s side of our bed, Friday August 26th 2011, pointed 20 yards to our neighbors garage mounted SDG&E meter, every 2 to 5 seconds a burst of ELF microwave radiation was detected over limit 2000+ uWatts of power per square meter.

What is the challenge and what must we do?