In the science fiction film 2001 a Space Odyssey “HAL 9000” was an advanced computer that ran the technology systems (including life support) for the spaceship Discovery.  HAL independently determined that the astronauts were a problem and systematically murdered them. JADE HELM has all of the earmarks of HAL run amuck here on planet Earth and NASA has even referred to our planet as “SPACESHIP EARTH”! 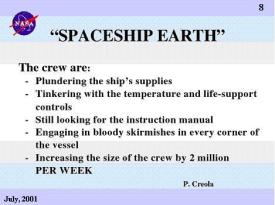 Is this what you get when greedy rat bastard control freaks – with little or no personal understanding of computers – turn life on planet Earth over to an extremely advanced computer system, programmed to target humanity (“The Human Domain”) as the enemy?

Is is possible that those who control the US economy would target “humanity” as the enemy? Not only is it possible, it is exactly what they have done. Here is a quote from Rockefeller’s infamous Club of Rome think-tank 1991 report The First Global Revolution:

“In searching for a common enemy against whom we can unite, we came up with the idea that pollution, the threat of global warming, water shortages, famine and the like, would fit the bill. In their totality and their interactions these phenomena do constitute a common threat which must be confronted by everyone together. But in designating these dangers as the enemy, we fall into the trap, which we have already warned readers about, namely mistaking symptoms for causes. All these dangers are caused by human intervention in natural processes, and it is only through changed attitudes and behavior that they can be overcome. The real enemy then is humanity itself.”

Upon closer investigation, the problems that humanity is blamed for were intentionally created (or fabricated) by the founders of the Club of Rome. See: Anatomy of a Con Job. They are also responsible for blocking many very real solutions. See: Humanity itself – the globalist’s patsy . . . and target!

For those who think it unlikely that the freaks who control the US government (corporation) would devise such an anti-human plan, take a minute to review the NASA future of war power point presentation of 2001. It describes an obviously ongoing plan to replace humans with robots and cyborgs. Here are a few slides from that presentation: 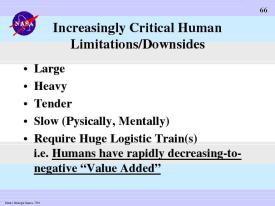 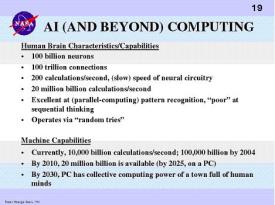 But, even back in 2001 it was admitted that their technological advancements, including AI, could be a problem. 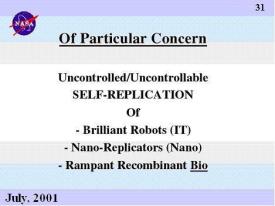 For the record, all of this technological research was funded by the US dollar, which is the private script (currency) of the Federal Reserve (FEDERAL RESERVE NOTE) owned and distributed by the Rothschild’s central banking cartel. The Rothschilds took over the US economy in 1913 with the passage of the Federal Reserve Act. Here is a short video explaining how the banking thieves stole our government: https://www.youtube.com/watch?v=0UEUvKlaEEc