Israel and our ‘enemies’ that defend it: AIPAC 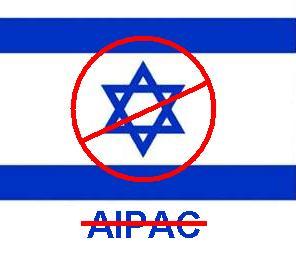 We know Israel was involved [in 9/11] in a major way though there is no way Israel alone could have ordered NORAD to ground its planes.  We know members of all key committees in Congress were given a “top secret” briefing on 9/11 and told the following things:

These things are childish lies, of course. The perverts, cowards and gullible rubes that make up congress, one of the most corrupt institutions on earth, were beaming with self importance, having been briefed on a great conspiracy.  After all, many members of congress went to college, some to law school, and are much more deserving and certainly much more important than “normal people.”

We call this condition “malignant narcissism.”

We believe there is reasonable proof that the State of Israel was clearly involved in the planning and execution of the 9/11 attack on the United State as part of a conspiracy involving rogue members of our military and intelligence community working with a cabal within the executive branch that may not have included the President of the United States but, in all certainty, nearly everyone around him.

It is our belief that the members of Congress who continue to advocate military aid to Israel [because of the powerful Jewish lobby; American Israel Public Affairs Committee], the 5th most powerful nation on earth, the 3rd largest exporter of arms, a nation with no debt and massive wealth, whose citizenry control 40% of the worlds resources, while schools in America are being closed and millions are homeless, are criminals and are doing so because they have been bribed.

“The Israeli Lobby [AIPAC] owns the Congress, media, Hollywood, Wall Street, both political parties, and the White House. This kind of talk will get people fired by this lobby, as we have seen recently with White House correspondent Helen Thomas and CNN anchor Rick Sanchez. However, many Americans are growing tired of the arrogance of the Israel Lobby and their bigoted attitudes toward anyone who challenges their influence-peddling and their ridiculous insistence that Israel must be supported because of some ancient fairy tales involving some tribes who wandered the deserts of the Middle East and saw and heard non-existent things because of sun stroke, drinking bad water, and smoking local hallucinogenic plants.” – Wayne Madsen

Don’t waste your time ‘labeling’ us anti-semites. Everyone knows how that trick is played.

“FOLLOW THE MONEY” PROOF THAT ISRAEL WAS A KEY PLAYER IN THE 911 ATTACK ON OUR COUNTRY:

“Our race in the Master Race. We Jews are divine gods on this planet. We are as different from the inferior races as they are from insects. In fact, compared to our race, other races are beasts and animals, cattle at best. Other races are considered as human excrement. Our destiny is to rule over the inferior races. Our earthly kingdom will be ruled by our leader with a rod of iron. The masses will lick our feet and serve us as our slaves.”

Israel Prime Minister Menachem Begin (1977-1983) in a speech to the Knesset [Israeli Parliament] quoted by Amnon Kapeliouk, “Begin and the Beasts.”

All Jewish ‘supremacists’, like Menachem Begin,  are psychopathic, deluded miscreants. They are afflicted with ‘malignant narcissism’. The vast majority of people on our planet have not found them to be superior in any way and are not remotely interested in being their slaves.  These narcissistic ‘supremacists’, who are in the minority, need to wake the bleep up before the entire world turns against them.

This entry was posted in corruption, fraud and tagged 911, AIPAC, corruption, enemies, Israel. Bookmark the permalink.

2 responses to “Israel and our ‘enemies’ that defend it: AIPAC”